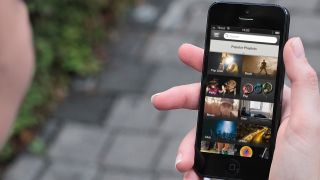 You don't really know who you are until you hit your thirties - that's the finding from Spotify's latest data-crunching project.

Looking at music tastes across the ages of its listeners and relating them to the popularity of the artists they listen to, the music service came up with the shocking revelation that that the older we get, the less we listen to pop music. Its teenage users listen to popular music almost exclusively, and its middle-aged male users listen to the most obscure stuff.

Men tend to skip out on pop music more quickly than women with a sharp decline into lesser-known acts happening quite quickly in their 20s, while women seem more likely to mix and match between chart music and less well-known stuff.

Spotify reckons this is down to the fact you don't really know your tastes until you're in your thirties: "For the average listener, by their mid-30s, their tastes have matured, and they are who they're going to be."

Interestingly, both women and men dip back into more popular artists when they hit their 40s - to which we say, put some Carly Rae on and just embrace that mid-life crisis.