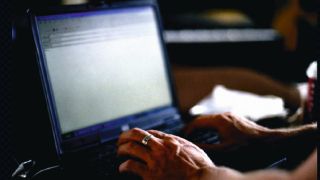 The next time federal agencies come knocking on the doors of leading tech firms looking to snoop through sensitive user data, you may already know about it.

The Washington Post reported that leading technology companies, apparently sick of being criticized for handing personal data over to government agencies willy-nilly, will now notify users whenever the feds come calling for it.

Google, Apple, Facebook and Microsoft are among the list of companies revising their privacy policies to include such disclosures, with the exception of incidents where a "judge or other legal authority" has applied a gag order.

Late last year, the aforementioned tech titans pleaded with the US government to give them permission to notify users when personal data had been accessed, a request that has thus far fallen on deaf ears.

Although the updated policy will likely get a thumbs up from consumers, Justice Department officials are already criticizing the move, claiming it offers criminals a chance to destroy potentially vital electronic data before the government can gain access to it.

In the past, tech companies, including wireless carriers such as Verizon and AT&T, quietly cooperated with such government requests, which in the case of the latter could also include access to cellular call data.

Google updated its privacy policy this week, while Apple, Facebook and Microsoft are said to still be in the process of drafting revisions. Other companies like Twitter have been notifying users all along, even before Edward Snowden's damning exposure of mass data collection by the NSA last year.