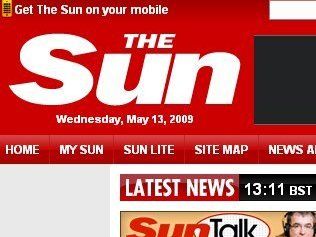 Murdoch ready to block out the Sun

Rupert Murdoch has once again cemented his stance on whether news content should be free on the internet, by remarking that "quality is not free".

The owner of the Sun and Times newspapers made the comments while speaking to the Federal Trade Commission earlier this month, with his speech published today in the

It is well documented that Murdoch wants to erect a pay-wall around all of his online newspaper assets, but it's not so much about making the news premium but keeping the thieves at bay from 'stealing' his corporation's stories.

Not fair use, but theft

"There are those who think they have a right to take our news content and use it for their own purposes without contributing a penny to its production," explains Murdoch in his impassioned speech.

"Some rewrite, at times without attribution, the news stories of expensive and distinguished journalists who invested days, weeks or even months in their stories – all under the tattered veil of 'fair use'.

"These people are not investing in journalism. They are feeding off the hard-earned efforts and investments of others. And their almost wholesale misappropriation of our stories is not 'fair use'. To be impolite, it's theft."

As internet news thrives on the gathering of as many stories and as many points of view as possible, it will be interesting to see if Murdoch's online mentality will work in what is generally regarded as a free marketplace.