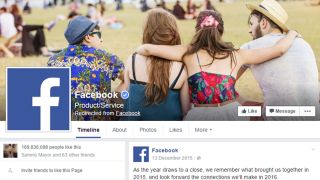 Accepting an invitation to a Facebook event isn't always an easy decision: who else is going? How much will it cost? Will you look awkward and out of place? And how will you get there?

According to a patent for "event-based ride-sharing", Facebook wants to help out with that last issue - once you've promised you're going, you'll see a map showing which of your other friends are attending and the routes they're using to get there.

That way you can get in touch with one of them and arrange a lift - sorry Uber. You'll also be able to indicate if you're driving yourself and whether you'd be willing to give a few random acquaintances a ride.

Taken for a ride

The usual patent caveat applies: this just shows something Facebook is thinking about rather than something that will definitely make it to your Events pages. Nevertheless, it's interesting to see the sort of ideas that are being floated on Mark Zuckerberg's whiteboard.

Ultimately you would be able to see which of your pals was heading to the event and how many spaces they had left. Drivers could send out lift offers to specific people or open up their vehicles to all-comers (which might be interesting if you're heading to Glastonbury).

Much like Uber, you'll get an indication on your phone when your lift is approaching, and of course local adverts could be tied in too. The patent doesn't appear to cover how everyone's going to get home, but you'll sort that out when you get there, right?