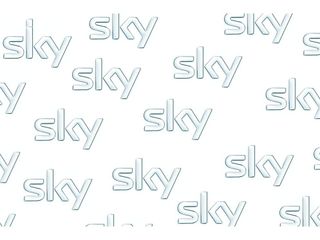 The director of Sky Movies says things need to change

The director of Sky Movies believes that the movie industry needs to embrace change in order to compete with the increasing use of illegal P2P sites to get movies ahead of the game.

Ian Lewis, speaking to The Independent, insists that the movie industry’s failure to look at new platforms, combined with the rigidly enforced windows of time between cinema, DVD and television release, is not helping their cause.

"There's a need to embrace change," said Lewis. "Sometimes the movie industry has not been as quick to react and develop as other industries have. It hasn't moved as quickly as consumers, who embrace new platforms at the drop of a hat.

"One of the things we collectively do [as an industry] that restricts us is the very strict window structure. There is no rhyme nor reason why those windows exist in the format they do.

"Up until the last year or so they have been rigidly adhered to, though every now and then they move forward and develop. I don't think anyone could turn around and say it means they optimise their marketing money.

"Any studio or independent distributor will have spent a certain amount of money on marketing their film when it goes into theatres, and then when it goes to DVD. We'll spend money, and then even later one of the terrestrials might spend money. It is a very inefficient means of making people aware of the film."

Of course, it’s in Sky’s best interest to cut down on the peer-to-peer spread of movies, with several of its premium channels focused on first-run movies and a movie-on-demand service called Sky Box Office.

However, the pressure appears to be growing on the movie industry to learn from the mistakes of the music publishers who have finally begun to embrace online in the face of massive illegal downloads.

With people’s bandwidth increasing at home - due to cheaper and more readily available high-speed broadband services - it is now much more feasible to download big files like movies online.

This is making the arbitrary windows between releases across the world less enforceable, with fans sometimes plumping for illegal methods of watching the latest titles rather than facing weeks of wait because they do not live in the US.