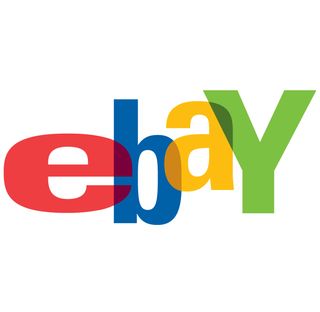 UPDATE: The eBay auction listing Banksy's real name for sale for $1,000,000 has now been removed.

The real name of street artist Banksy is apparently being sold on eBay for a million dollars.

The seller in the eBay auction, due in just over 24 hours time, claims that he has obtained Banksy's real-world identity from matching prices of his sold pieces to tax records.

Leaving aside the fact that there are not many 'anonymous street artists' we know that happily declare the income on every sale of their work to HMRC, the seller adds:

"I will reveal no more details… I give you 100% assurance that it is most certainly the full name of the street artist known as 'Banksy.'"

Banksy's own website states: "Banksy neither produces or profits from the sale of greeting cards, mugs or photo canvases of his work," adding that, "He is not represented by any of the commercial galleries that sell his paintings secondhand."

TechRadar has contacted the director of Bristol Museum, one of the last venues to host a major exhibition by Banksy in the UK, in addition to speaking with Venue magazine's Steve Wright – one of the leading authorities on the anonymous Bristolian street artist - requesting further comment on this story.

eBay had previously terminated the auction because due to the fact that the seller was peddling an 'intagible good' – which the seller has now got around by simply writing down what he claims to be Banksy's real name on a piece of paper – and offering that for sale instead.

Got a spare $1 million to be the first person in the world to find out what Banksy's name is?

No? Neither have we.

Exit Through The Gift Shop

In other Banksy news, the artist's new film, Exit Through The Gift Shop, has been nominated for a BAFTA award reports BBC News.

The story of a French filmmaker who follows graffiti artists and who meets up with Banksy is up against The Arbor, Chris Morris's Four Lions and Monster for a BAFTA.

Via Mashable and BBC News