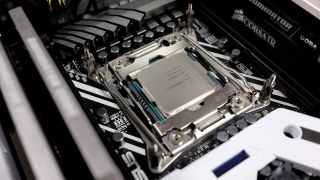 As the Meltdown and Spectre controversy rumbles on, Intel is now taking more flak in the form of three class-action lawsuits filed in California, Indiana and Oregon, over in the US.

And what’s more, further suits are expected to be in the pipeline as the Guardian reports.

The lawsuits have been filed alleging design flaws in Intel CPUs, and furthermore the company’s delay in publicly disclosing these vulnerabilities, with the plaintiffs also unhappy about the potential slowdown of PCs that the fixes for the issues could possibly cause.

On the latter point, Intel argued earlier this week that contrary to all the initial talk of up to 30% slowdowns, any performance impact will be very much workload-related, with the effect on the average PC user not likely to be significant (and even then, it will be “mitigated over time” according to Intel).

The Californian lawsuit claims for “breach of warranty and violations of consumer protection statutes alleging that Intel’s selling of computer chips with this fatal security flaw misled consumers about the performance and reliability of the computers operating with this hardware”.

Gerard Stranch, managing partner of BS&J, one of the firms which is filing the Californian suit, commented: “We look forward to holding Intel responsible for exposing millions of Americans to unnecessary data security risks, and will lead the charge to ensure that Intel corrects these flaws as quickly as possible.”

As you may have seen, Intel came out yesterday with a statement assuring the general computing public that its next batch of security updates for its processors would make them ‘immune’ to these exploits.

That in itself is an arguable point, because others, such as prominent members of Google’s Project Zero, have noted that one of the vulnerabilities (Spectre) can’t actually be patched up via a security fix as it’s a fundamental chip design problem – one that might not be fully solvable until next-gen chips hit the market.

Intel in the crosshairs

It’s interesting that Intel has been singled out to be put in the legal firing line when Spectre doesn’t only affect Intel processors (as is the case with Meltdown).

Indeed, Spectre looms large for pretty much all modern CPUs – not just Intel, but AMD, and ARM-based chips in mobile devices (SoCs from the likes of Qualcomm and Samsung). As we saw this morning, Apple admitted that not just its Mac computers were affected, but also iOS devices.

Where are the lawsuits against AMD, or other chip makers, then? Maybe they’re still to come, and perhaps these initial lawsuits were formulated back at the start of the week when all the blame was wholly pinned on Intel for subjecting its customers to these twin vulnerabilities.

Of course, getting the lawsuits to stick in terms of establishing that Intel has misled consumers, and proving any related PC slowdown, or concrete damages resulting from these bugs will likely prove tricky.

Still, this is certainly another worry on Intel’s plate which it could well do without, and there’s perhaps a bigger one still. Consumer lawsuits aside, if the big cloud computing guns like Amazon, Google and Microsoft decide to press for compensation for any downtime tied into applying fixes for these flaws, that could be an entirely more costly affair.

Intel has been busy firefighting this PR nightmare all week, and it seems the company will need plenty more extinguishers on hand in the near future. Meantime, other chip makers will likely be keeping as low a profile as possible.

Also, the revelation that Intel’s chief executive Brian Krzanich allegedly sold off the majority of his shares in the company later on last year – after Intel was supposedly informed about the security flaws back in June – has added another pinch of spice to this whole affair (as if it wasn’t heated enough).

This is according to CNBC, which further notes that other reports have cited an Intel spokeswoman who said that the CEO’s decision to sell the shares was unrelated to this whole fracas.

As a final note, if you’re worried about the impact of these security flaws on your own devices, check out our guide on how to protect against the Meltdown and Spectre bugs.