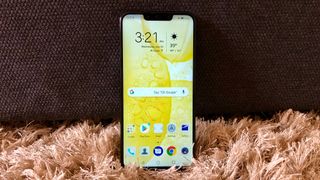 The highlight of the Nova 3 and Nova 3i is their 6.3-inch full HD+ LTPS display with a notch, 6GB and 4GB of RAM respectively. Also, the quad camera setup (dual cameras on both back and front) makes them a worthy contender in camera focused smartphone space.

The Nova 3 competes against the segment-favourite OnePlus 6 and freshly-launched Asus Zenfone 5z. It’s priced at Rs 34,999, and gets the flagship-grade internals including the Kirin 970 chipset with Mali-G72 GPU, 6GB RAM and 128GB of storage, which is exactly the same as on the Huawei’s camera beast—the P20 Pro. Not only the chipset, but the Nova 3 borrows a lot of tech from its high-end sibling. Not just specifications, but it also gets the unique colour shifting back design seen on the P20 Pro.

These are the first Huawei phones to feature Huawei’s GPU Turbo technology out of the box. The tech is said to boost performance and improve thermal management of the device, especially for gaming. The company claims that it boosts the performance by 60% and improves battery life by 30%.

Both the phones feature Huawei’s innovative NPU (Neural Processing Unit), which promises to boost efficiency, response time and processing speed of the phones.

The phones have four cameras—the Nova 3 has a 16MP+24MP setup with f/1.8 aperture on the back and the Nova 3i gets a 16MP+2MP camera setup. Both phones use SOny’s new IMX 576 sensor, which is said to enhance the low light performance of the device aided further by the AI features. On the front, both have a 24MP sensor coupled with a depth sensing 2MP sensor.

Huawei emphasises hugely on the use of AI in camera. They claim it uses on-device AI and cloud AI to understand and recognise the scene, which helps rookie photographers to click professional level pictures.

As per on paper numbers, the phones should have a good battery life too. The Nova 3 has a larger 3750mAh battery, and the Nova 3i has a 3340mAh. Both chipsets have shown impressive results in terms of power management on previous Huawei phones, and they are likely to keep up to that claim. The company bundles a 9V fast charger in the box.

The phones run on Huawei’s EMUI skin based on Android Oreo 8.1. Both support dual SIM 4G with VoLTE.