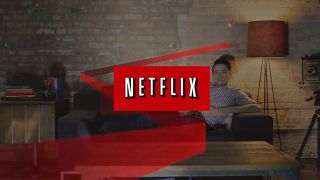 Just like the secret items at a fast food restaurant, Netflix has a ton of subcategories that don't show up on its standard menu.

These categories extend far beyond the generic "Action & Adventure," "Comedy," "Classic Movies," and "Sci-Fi and Fantasy" you're used to. We're talking sub - and even sub-sub - categories of movies and TV shows you didn't even know were a thing. How deep are these cuts? Try "Anime Sci-Fi from the 1970s" (code 4531), "Independent Coming-of-age Dramas based on Books" (code 3010) or "Goofy Crime Comedies from the 1940s" (code 2173) on for size.

There are codes for films broken down by decade, actor, director, country of origin, and much more. Once armed with the codes, you'll save time searching for just the flick to fit your mood or find a new TV show that strikes your particular fancy. But how do you access these secret categories? Let us explain.

Netflix has numeric codes that correspond to every kind of category. All you have to do to access the subcategories is type a URL with the code included into your browser.

The URL is http://www.netflix.com/browse/genre/CODE, with the CODE being whatever the numbers are that correspond to the category you want to browse.

According to What's On Netflix, which first discovered the trick, the codes work in every region where Netflix is live. Now that the service is in over 190 countries, this may not still hold true, so we'd love to know if the codes don't work where you live or if you discover brand-new codes.

What's more, the categories change often, and some are just placers with no content in them. Some categories, however, don't show up in search, so it's worth doing your own testing to see if any of the sub-genres speak to you.

Here's just a sampling of the codes. What's On Netflix has A LOT more.