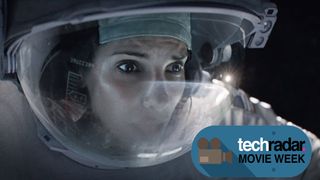 Space - it's full of stars

This is an old feature that has been republished for TechRadar's Movie Week. The original piece was published on March 03, 2014.

It is hard for a blockbuster nowadays to deliver the all-important 'wow' factor. Audiences in the 21st century have been conditioned to expect expensive special effects - so much so that they are only usually noticed now if they fall short of being exceptional.

When it comes to Gravity, though, it was not the audience's expectations that had to be met but that of the director's.

Cuaron is a director that has been obsessed with space for most of his life, so when it came to delivering his 'space' movie it had to be unlike anything that had come before it.

The effects Cuaron wanted to achieve simply didn't exist so he needed to consult a team of effects artists to achieve the impossible and bring his unique Oscar-winning version of space to screens.

This is where Framestore came in. Famed for bringing the likes of Iron Man, RoboCop and Dr Who to life, the London-based company was chosen to work on Gravity because of its prior involvement on Cuaron's previous movie Children Of Men.

But as TechRadar found out when it recently spoke to Alexis Wajsbrot, CG effects supervisor on Gravity, even though they had worked with Cuaron in the past, nothing quite prepared them for what they had to achieve next.

"Gravity was different from any other project because we started very early on when there was just a script," said Wajsbrot.

"Alfonzo went to Framestore and spoke to Tim Webber who was the effects chief on Children Of Men and asked: 'how do we do the effects?'"

The answer was... well, for a long time there wasn't one. The effects Cuaron wanted to achieve had never been done before, so everything had to be built from the ground up. One of the reasons for this was Cuaron's insistence on long takes - something him and his director of photography Emmanuel Lubezki (affectionally known as Chivo) were famed for.

"Zero gravity has already been done in Apollo 13, where they used what is called the 'vomit comet' - a plane that reaches zero gravity for one minute. Tim and Alfonzo did try this but you can only do one-minute takes and only from a certain angle so it wasn't going to work for Gravity," explained Wajsbrot.

"We had to investigate other ideas, like using cables and different techniques. What we found out was that all of the traditional techniques that had been used in the previous movies wouldn't work for Gravity because of Alfonso's directing style. That's when we knew we had to find another workflow."

This 'workflow' came in the form of the previz that was made for the movie. Where the pre-visualisation of a film - a rough animation - is pretty much done for all movies now, Gravity had to rely heavily on what the visual effects were going to look like.

The previz of Gravity was unheralded. It consisted of the whole movie being animated by Webber and the team. Everything apart from the actors was created inside a computer and this was then used by Chivo to recreate with Sandra Bullock and the rest of the cast.

"Chivo said very early on that he wanted the faces to be shot for real, as he didn't trust CG to do a good enough job with faces. This was going to be very complex but if the movie was full CG then it would have just been an animated movie," said Wajsbrot.

"Gravity is different. It is an animation movie for 95% of the time but the faces had to be real."

This did pose a problem, however. Lubezki's cinematography relied heavily on light from the sun, as well as long takes of the characters spinning out of control through space. The CG lighting and the lighting of the faces had to somehow match up seamlessly in these shots.

A solution was finally found which involved keeping the actors static in the shot and using robot-controlled cameras to make it look like the world was spinning around them.

Current page: The SFX of Gravity: achieving the impossible