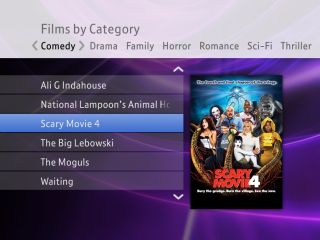 Motorola will supply British Telecom with its next generation of

set-top IPTV boxes. Motorola takes over from Philips Set-Top Boxes and Connectivity Solutions, which is presently in the process of being acquired by

In addition to boasting an all-new look and improved energy efficiency, Motorola's V-Boxes will also be capable of receiving HD content.

Unfortunately, this feature will remain unused at present as there aren't any HD channels on the BT Vision platform. But this could change, so it's a sound bit of future-proofing on the part of Motorola and BT.

In a separate, yet related development, BT has also announced that it has entered into an agreement with Microsoft to make its BT Vision service available through Xbox Live. BT Vision allows users access to the full range of Freeview channels, plus a raft of on-demand films, music and TV shows and 'nearly-live' Premier League football matches.

The move is a clear attempt to take advantage of the existing partnership between BT and Microsoft to bolster the number of BT Vision users.

When launched at the tail-end of 2006, BT set itself a target of three million BT Vision users within three years. Figures released last November showed that BT had surpassed the 100,000 mark, and BT will be hoping that this latest announcement will help their cause further.

Of course, if BT Vision was made available as a stand-alone product, without the requirement to purchase BT Broadband as well, then BT could conceivably attract an even greater number of users.

However, given that bundles are everything in today's ultra-competitive communications market, BT will probably want to try every other trick in the book before going down that route.