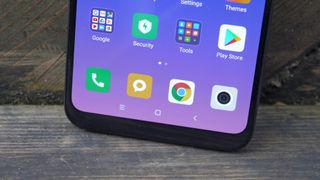 Google has announced that it's bringing Android users two new apps, Sound Amplifier and Live Transcribe, which are designed to "make life a little easier" for those with hearing loss.

Live Transcribe takes live speech and turns it into captions using your phone's inbuilt microphone, and according to Google, it comes in over 70 different languages and dialects.

You can also use it for two-way conversations if you can't or don't want to speak using a 'type-back keyboard' within the app. Although Live Transcribe is being rolled out worldwide as a limited beta via the Play Store right now, Google says you'll soon be able to "enable it in Accessibility Settings, then start Live Transcribe from the accessibility button on the navigation bar".

The second app, Sound Amplifier, isn't just designed for people with hearing loss – as Google explained in its announcement blog post: "Everyone can use a little audio boost from time to time, especially in situations where there’s a lot of background noise – like at a loud cafe or airport lounge."

First announced at the Google I/O, and is now available to download from the Play Store on Android phones.

You will need to plug wired headphones or wired earphones into your smartphone to use the app, which works by digitally increasing the volume of quiet sounds, while "not over-boosting loud sounds."

You can also customize the sound by changing the sound enhancement settings and applying "noise reduction to minimize distracting background noise with simple sliders and toggles."

Both apps will come pre-installed on the Pixel 3, and could potentially make a real difference to people with hearing loss by making it easier to communicate with the people around them.