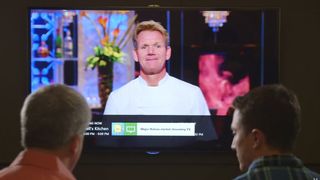 Five years ago the term "Microsoft ecosphere" didn't mean much. Between Xbox 360s and PCs the Redmond-based company had a majority share of both the computing and gaming worlds, but didn't have a way to bridge the two.

That's all going to change with Windows 10, Xbox One and the updated Xbox app that runs on mobile phones (both Android and Windows) and tablets.

On brand ambassador Major Nelson's blog today, the company released a video detailing the latest update to the three platforms which includes the ability to stream games from an Xbox One to a PC as well as share a live over-the-air TV stream from users' Xbox Ones to both PCs and mobile devices.

We heard a bit about this functionality back during GDC 2015, but had no idea how soon we'd see it live on the device.

Other interesting morsels of information from the upcoming update include the ability to Miracast Android and Windows Phones to the Xbox One, use Game DVR on Windows 10 PCs and access avatar customization software on PC.

The software should start rolling out to Xbox preview members in early May, and then to the rest of the Xbox community sometime this summer.

Want the top streaming video and games apps? These are the best Xbox One apps!