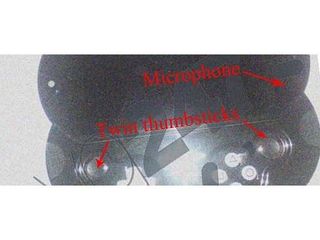 PSP2 developer kit spotted in the wild this month

A PSP2 prototype developer unit has been spotted in the wild.

The PSP2 developer unit shows that Sony is currently working with a front-facing camera sitting on a PSPgo style slider unit.

The pics also reveal that the PSP2 dev kit has twin thumbsticks, an HD screen and a rear touch-sensitive trackpad, as well as a microphone..

The pics are of Sony's first generation PSP2 dev kit, with an updated version already reportedly in the hands of developers, which is said to NOT feature a sliding screen.

EA told CVG it has already been "exposed" to the PSP2 dev kit and Mortal Kombat devs Netherrealm has also claimed to have hold of the kit.

Right now, Sony is expected to be readying a late 2011 launch for PSP2, so we expect to hear and see a lot more on the device in the coming months in the run up to the next Games Developers Conference in San Francisco in March 2011

It is, as yet, unclear how the PSP2 related to the rumoured PSP Phone – pictures of which leaked online last month, which looks to be based around an Android mobile phone with a 1GHz Qualcomm MSM8655, 512MB of RAM, 1GB of ROM, and a screen of between 3.7 and 4.1 inches.