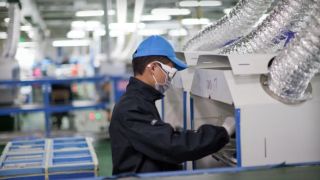 Sirin Labs, in September 2017, announced the development of a smartphone designed to work on blockchain. After six months, the makers of the phone have finally found a manufacturer in Foxconn.

The phone is named Finney, and it is said to automatically convert tokens for the use of decentralised applications, without needing to acquire different tokens through an exchange.

In simple words, the phone will allow you to store and shop using crypto currencies, and also allow you to earn tokens simply by sharing data connection with people around the phone. Where the open-source Android-based Sirin OS ensures better security throughout the process.

The phone will sport a 5.5-inch display, and will have 6GB of RAM with 64GB of internal storage. On the camera front, it is said to feature a 12MP camera on rear and a 13MP sensor on the front.

As per Bloomberg, the handset is set to start shipping in October at an effective cost of $999. It will be available at eight physical stores in cities with active crypto communities, in countries like Vietnam and Turkey.

Also, Bloomberg reports that the company says they have received more than 25,000 orders in advance, and they expect to ship between 1,00,000 and a few million units in 2018. Sirin Labs has plans to license their tech to other OEMs in future.

For those who don’t know, Foxconn is a Taiwanese firm that manufactures some of the most popular electronic products around the globe. Some notable names include Blackberry, Apple iPad, iPhones, Kindle and also few popular PlayStation and Xbox devices.