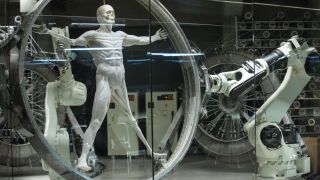 We're huge fans of Westworld, and for the millions that are not yet watching HBO's amazing new show Black Friday is giving you a brilliant cheap way of catching up.

The older Now TV box has always been a low-cost alternative to a Sky subscription for those who don't want a satellite dish, tie in to a long contract and who have broadband.

So when Black Friday kicks in and you can snap up from Argos the Now TV box with a six month entertainment pass for just £20.

That would not only give you the whole of WestWorld season one, but also all of the seasons so far of Game of Thrones, 24, Aquarius, Arrow, Scandal, Sony of Anarchy and a whole host more.

The period starts when you enter the code - so this is a great Christmas present, or just a treat to get you through the summer months.

And there's even a new option, with the Now TV Smart TV Box with a 4 months entertainment package available for £34.99 from John Lewis.

If you already have a NOW TV and want to, I dunno, save the environment by not getting another box or something, then you can just buy a package deal direct from Sky for £5 for three months on sport, entertainment or movies.

And if your broadband isn't up to it but you need that medieval fix: you can get the first five seasons of Game of Thrones on DVD for a shade under £50 from eBay.