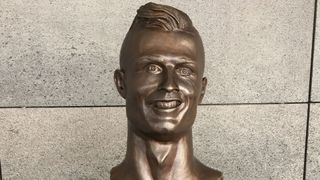 Facebook looks set to capitalise on the World Cup fever currently sweeping over the globe. It's reportedly in talks to produce a reality TV show based around the life of superstar footballer Cristiano Ronaldo.

Having already worked with the social network on a scripted drama focussing on a female football team in New York, Variety is now reporting that Ronaldo is lining up a $10 million dollar deal for a 13-episode behind the scenes look at his life.

While Variety's sources debate how far along the talks have progressed, it's said that production company Matador and publicists Religion of Sport would team up on the show.

Whether producing their own content or simply distributing Hollywood's finest, the tech giants Google, Apple, Amazon and, of course, Netflix, all do a fine trade with video content. It's something that Facebook has attempted with middling success.

It attempted to court sports fans with live baseball streams, but it was only LaVar Ball's reality junior basketball show that really found an audience.

Could Facebook look at a similar football-themed show for Ronaldo? One of the most recognisable and gifted sports stars on the planet, he'd certainly be a bankable star.