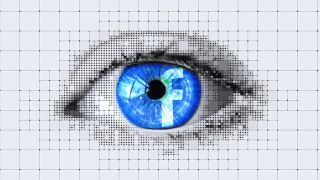 Facebook holds a huge amount of your personal data - perhaps even enough to tell when you'll get married, have children and die.

To find out how much the site can extrapolate about its users' lives, the New York Times plunged into the hundreds of patent applications Facebook has filed since it went public in 2012.

One of its most alarming - and fascinating - discoveries was the patent Predicting Life Changes of Members of a Social Networking System, which would use your recent online activity to forecast major personal events.

According to the patent, "A life change event, for example, may be a change in marital status, a birthday, a new job, a birth of a child, a graduation, or a death of a person associated with the user, just to name a few."

The patent refers to communication data, including wall posts, instant messages and text messages, which could be scanned for key words indicating that something big is about to happen in your life.

The circle of ads

This information could then be used to target advertising more effectively. For example, if the algorithm determined that you were about to become a parent, it could shower you with ads for nurseries and diapers.

Although Facebook users update their profile when something important happens, like an engagement or a marriage, it's not very helpful to advertisers if that happens after the event has taken place. There's no point trying to sell a wedding dress to a woman who's already on her honeymoon.

Although the potential might be there, a patent isn't the same as a plan, and few of the documents the NYT pored over have borne fruit.

“Most of the technology outlined in these patents has not been included in any of our products, and never will be,” Allen Lo, a Facebook vice president and deputy general counsel, and the company’s head of intellectual property, told the newspaper.

Still, it's a poignant reminder to take a look at your privacy settings if you haven't done so recently, and make sure you aren't sharing any more data than you want to with the site and its advertisers.