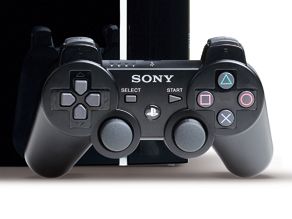 As the Sony PlayStation Network outage drags on and on, gamers have begun ditching their PlayStation 3s in favour of Xbox 360s, according to high street retailers.

The network has been down since 20 April, with no end in sight with Sony's last communiqué earlier this week saying it would be down for at least 'a few more days'.

One source, a store manager from a major UK retailer, told Edge magazine, "In the first week of downtime we did not really see any major change in sales or trades.

"However from the second week onwards we have seen an increase of over 200 per cent on PS3 consoles being traded in split almost 50/50 between those trading for cash and those taking a 360 instead."

Edge also cites game sales figures as evidence that a shift from PS3 to Xbox 360 is in effect, with sales of Call of Duty: Black Ops and FIFA 11 on Xbox 360 growing while the PS3 versions fall.

Retailers have also reported increased trade-ins of the PS3 Black Ops while stocks of the Xbox 360 equivalent are beginning to run low.

Although these speculations are based mainly on anecdotal evidence, it's clear that Sony is going to have a real clean-up operation on its hands when the PSN eventually returns.