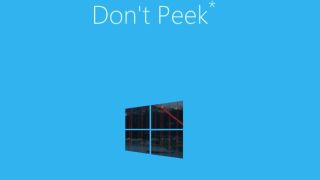 Update: Turns out the Windows Blue news wasn't done for the day.

During the Wired Business Conference, Julie Larson-Green, corporate vice president for Windows, revealed that a public preview of Windows Blue will be released at the end of June during its Build conference.

Microsoft certainly isn't shying away from talking about the upcoming update, and we should hear much more in the days leading up to what Build what Windows 8.1 has in store.

Taking a moment to celebrate Windows 8 turning six months old, Microsoft announced that just over 100 million licenses of the operating system have been sold so far – and gave a little more info on Windows Blue.

Windows Blue is the update to Windows 8 that we've known of for some time and Microsoft has now confirmed that it will definitely be coming in 2013.

In a Q&A on the official Windows blog, Tamy Reller, Microsoft's chief marketing office and chief financial officer, said the update will be available "later this year".

Blue in the face

Something for everyone, then. We expect the update to actually be named Windows 8.1 when it arrives, though that is still to be confirmed.

One reported Windows Blue feature we've just heard about is the ability to let apps download in the background without making the user visit the Windows Store to make the download. Can't argue with that.