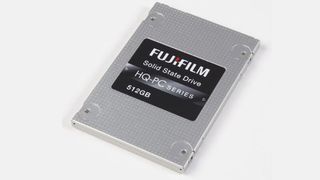 Fujifilm has launched a new series of SSD products called the HQ-PC and aimed, it says, at "highly demanding PC users".

That is significantly more expensive than the rest of the competition which makes us wonder whether Fujifilm will successfully carve a niche for itself.

The company also released a professional version with capacities starting from 60GB with a slightly higher price and better performance, with a clear focus on video capture, high speed back up, duplication, data streaming and distribution.

Fujifilm still produces tapes for archiving purposes as well as flash storage but mostly for prosumers and for a professional usage.