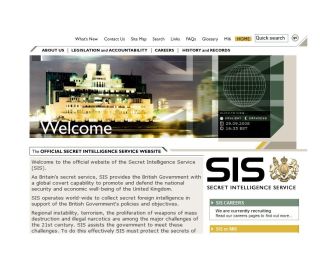 MI6 looking to Facebook for the new James Bond

In a not-so secret attempt to get people to join up to the Secret Intelligence Service, MI6 is looking to Facebook for new employees.

"A number of channels are used to promote job opportunities in the organisation. Facebook is a recent example."

MI6 will be using the website to advertise positions within its intelligence sector. It also has an official group, the Secret Intelligence Service group, where over 1,200 wannabe spies have signed up.

With their own names.

Which probably means they have all fallen at the first hurdle to becoming a secret spy.