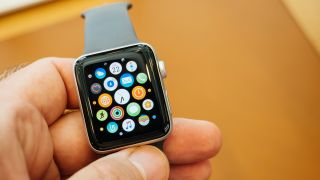 Battery life continues to be the problem that smartwatch manufacturers have been trying to solve, and it seems like Apple may have a new formula to try and solve it on future Apple Watches.

According to a report from Economic Daily News, the Apple Watch may soon feature microLED displays over the traditionally used OLED tech.

That report says the company is ready to do this from next year, which means it's unlikely to be a switch we see for the Apple Watch 5. That next version is expected to be announced in September this year.

It's said that these microLED displays are more power-efficient than the OLED screens that Apple is currently using, but we don't know exactly how much better the battery life would be.

It's unlikely to be an absolutely game changing amount, but the company is also bringing in a variety of software optimizations through its latest updates to try and improve the wearable's general lifespan from a single charge.

It's unlikely to make an impact on the price you pay for your smartwatch, but if it improves battery life on the Apple Watch 6 and beyond it may help the company stay on top with its smartwatch series.