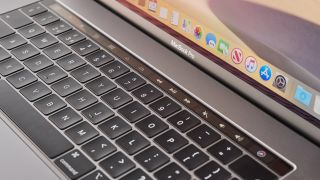 Apple’s MacBook Pro 15-inch is destined for the dustbin before 2019 is out, to be replaced by the rumored incoming 16-inch model (following in the dying footsteps of the recently binned MacBook 12-inch).

At least this is what the latest speculation from analyst firm IHS Markit contends. Jeff Lin, who is research and analysis associate director at IHS, was the source of a previous rumor that the all-new MacBook Pro 16-inch would be launched later this year, despite another respected analyst revising his own prediction to a launch date of 2020 (or even 2021).

Now Lin is saying that this MacBook Pro 16-inch will go into production in September, and that Apple will kill off the 15.4-inch spin of its MacBook Pro, with the new larger model taking its place.

Lin told Forbes that he had confirmation from OEM and panel suppliers that production of the MacBook Pro 15-inch would cease in November, and he added: “I am pretty sure that MacBook 15.4-inch will be EOL [End-of-Life].”

Of course, we have to take this with the usual appropriate dose of caution, but Lin’s original assertion about the new MacBook Pro 16-inch has since been backed up by another source (Taiwan’s United Daily News). And he appears to be quite confident sounding in this latest prediction – although not positive, of course.

If this is indeed true, given the short timeframe we are talking here, the likelihood is that further rumors will be floating around to back this up before long.

Another cup of Coffee Lake

While the 16-inch model is obviously bigger than the MacBook Pro 15-inch it’s apparently replacing, the theory is the screen will have slimmer bezels, meaning that the overall laptop chassis won’t be any larger. So effectively this would be a win-win: an inch or so more screen real-estate, with the same form-factor.

If this is indeed what Apple is planning, then it suddenly makes sense that the company recently refreshed its MacBook Pro 13-inch and MacBook Air.

However, folks who have invested in a MacBook Pro 15-inch in recent times may feel a little aggrieved if a bigger-screened model does indeed emerge this autumn.

That said, on the flipside of that sentiment, another rumor is the new MacBook Pro 16-inch will have a seriously expensive baseline price tag for the entry-level model, and if that’s true, then maybe people will be glad they grabbed a (relatively) more wallet-friendly 15-inch model.

There’s a lot of speculation flying around concerning this purported MacBook Pro 16-inch, then, and it also includes the laptop not having an OLED screen (as per another previous rumor), but rather running with an LCD that has a resolution of 3,072 x 1,920 pixels (226 ppi).

All we can do is hold tight for now, and we shall just have to see how all these predictions pan out.