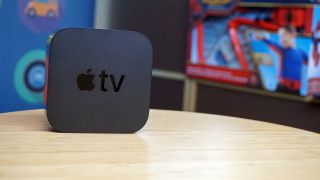 Hear that? That's the sound of Apple TV and Google Chromecast making their way back to Amazon's store shelves after a two-year absence.

Amazon has confirmed to TechRadar that the online retail powerhouse is "assorting Apple TV and Chromecast," meaning Amazon is offering them for sale on its site. CNET was first to report the products' return.

Neither the Apple TV nor the Google Chromecast are currently available on Amazon in the US, though that should change soon. However, we did spot the 32GB Apple TV on Amazon Australia and on Amazon UK.

Today's news marks a major turning point in relations between Amazon and its two biggest rivals.

That changed last week when the Prime Video app finally arrived on Apple TV, seemingly clearing the way for Apple TV, at least, to return to Amazon.

As for Google, it's been a tense few months between it and Amazon. Just over a week ago, Google yanked YouTube support from the Amazon Fire TV as well as from the Amazon Echo Show for the second time.

In a statement sent to us at the time, Google pointed to a "lack of reciprocity" from Amazon in selling products like Chromecast and Google Home as one reason for its decision.

Today, however, when we asked Google for comment on Chromecast's return to Amazon and whether this paves the way for reinstating YouTube support to Amazon's products, we received a more hopeful message.

TechRadar has also asked Apple for comment, and we'll update this article if and when we hear back.