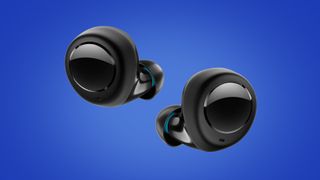 Amazon's first true wireless earbuds, the Echo Buds, could double up as a fitness tracker and help you to monitor your running performance – that's if a new Fitness section in the Alexa app is anything to go by.

Spotted by CNBC, the new section includes the option to track a workout, a fitness profile (which at this stage only has a space to input your height), and a Workouts heading. Later, The Verge also confirmed the existence of the Fitness section.

CNBC's Todd Haselton found that he was able to track his steps after saying "Alexa, start a workout" – so far, this appears to be the only fitness functionality available, suggesting that this feature is still in its testing phase.

While Amazon hasn't yet commented on the appearance of these fitness features, we wouldn't be entirely surprised if the Echo Buds were able to double up as a pair of running headphones.

After all, the inclusion of biometric sensors was one of the biggest rumored features surrounding the Echo Buds before their launch in October; this is also true of the AirPods Pro, which recently launched without the built-in heart rate monitor we were hoping for.

Fitness tracking would be a useful addition to the Echo Buds, and given their IPX4 sweat resistance rating there's no reason why they couldn't be used to soundtrack your workout.

In addition to one-upping the AirPods Pro, it would also set the Buds apart from competitors like the Sony WF-1000XM3 Wireless Earbuds and the Powerbeats Pro – although with no comment yet from Amazon, whether the Echo Buds' fitness features come to fruition remains to be seen.