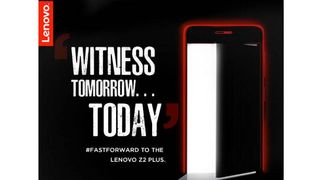 Lenovo India is holding a launch event in New Delhi on Thursday, i.e September 22 where it is widely expected to launch the Z2 Plus smartphone.

The Z2 Plus is basically a rebranded Lenovo Zuk Z2, which was launched in China back in May. According to the company, the rebranding has been done in order to leverage the Lenovo brand name, which is much more popular and tursted in India than the Zuk brand name.

However, Zuk branding will exist on the box in the form of 'Powered by Zuk' as a nod to the work done by the Zuk team.

Compared to its predecessor, the Lenovo Zuk Z1, two things stand out the most. First is the fact that the Z2 Plus comes with the Google Now launcher as compared to Cyanogen OS found on the Z1 and secondly, the Z2 dramatically ups the processing power with a Snapdragon 820 compared to Z1's middling Snapdragon 808.

The Lenovo Z2's software will also come with several India-specific features such as gesture shortcuts via the fingerprint sensor, a dedicated pedometer and Lenovo's new U-Health application.