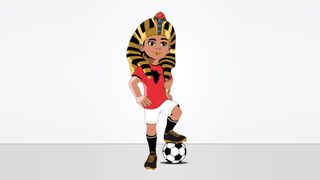 First held in 1957 with just three countries taking part, the 32nd biannual African Cup of Nations will see 24 sides go for glory this year. Notable for the often end-to-end attacking styles of its participating teams, there's rarely a dull match during AFCON.

African Cup of Nations 2019 - where and when

Running from June 21 to July 19 across Egypt, the tournament marks the first time the African Cup of Nations will be played in the summer after the CAF decided to move it from being held in January and February.

The competition takes place over 52 matches around six venues in four cities across the country - from Cairo International Stadium in the capital to Alexandria Stadium, Egypts oldest stadium.

Possibly the biggest shock so far came in the round of 16 Mohamed Salah and hosts Egypt were knocked out of the competition by South Africa.

At least Liverpool teammate Sadio Mane's Senegal have made it through unscathed. Senegal have never won the AFCON but are one of the favourites this year, with many tipsters expecting a side that feature's Mane and Napoli's towering centre-back Kalidou Koulibaly to do well.

Algeria won the African Cup of Nations for the only time way back in 1990 and this is their first final since. They needed a 95th minute winner from Manchester City man Riyad Mahrez and will now fancy their chances to upset the somewhat unconvincing Senegalese.

As well as shifting to the summer, this year's tournament is a much longer competition having been expanded to host 24 teams for the first time.  Its a change which may play a factor for some of the star players on show who will have had lengthy seasons in Europe.

If you want to know where you'll be able to watch every single match, we'll tell you exactly where you can catch them online with our African Cup of Nations 2019 live stream guide.

Below we have a full rundown of your watching options in different countries - check out how to watch in the UK, US (where Fubo can help you watch with a free trial) Canada and Australia.

The problems start when you try to watch your domestic coverage online while out of the country. Give its a go...you'll quickly find your stream in geo-blocked.

Once installed, you simply open the VPN app, hit 'choose location' and select the appropriate location - it's super easy to do. Choose a server in your home country and watch the action if you were back there.

For UK residents, Eurosport is your one-stop shop for African Cup of Nations 2019 coverage. The network is available with basic Sky TV packages as well as Virgin Media or with a Eurosport Player monthly (£6.99) or annual pass (£4.99/pm or single payment of £39.99) that also gives you access across loads of devices.

Want to access the action but are outside the UK? Then grab a VPN service and change you IP to a UK location.

How to watch the African Cup of Nations 2019: US live stream

For the US, subscription service beIN Sport is showing every game of the 2019 African Cup of Nations and matches can be streamed live online using the beIN Connect app

How to watch the African Cup of Nations 2019: Canada live stream

As with the US, beIN Sports has exclusive broadcast rights for coverage of the AFCON in Canada and will be showing every game of tournament . Each match will also be available to stream live online using the beIN Connect app.

beIN Sport also hold the live rights in Australia and will be broadcasting every game of the tournament .