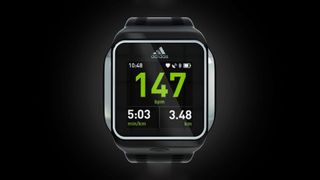 Adidas is to shutter its dedicated wearables division, as it shifts its focus to tech partnerships and fitness-tracking software developments.

The German sports brand has invested relatively heavily in wearable tech over the past few years, with its miCoach Smart Run smartwatch perhaps the greatest fruit of its labors. But it's now unlikely we'll see a homegrown Adidas wearable device any time soon.

Instead, Adidas will now shift its efforts towards fitness tracking software such as the Runtastic app (purchased by the company in 2015) and a revamped Adidas shopping app.

Fitbit device still on its way

The news will not affect the release of a co-branded Adidas / Fitbit Ionic smartwatch too, which is still on track to hit wrists in 2018.

Adidas currently has 74 people working in its wearable division, ranging from hardware engineers to data scientists. These roles will be affected, but not necessarily lost, as Adidas moves to integrate tech-driven ideas across all areas of its brand, rather than as a siloed project team.

Somewhat surprisingly, sports brands have struggled to make an impact on the hardware side of fitness tracking, despite their best efforts.

Arguably Adidas's biggest rival, Nike, had to concede defeat in its hardware arm too, dropping its relatively successful Fuelband line in favor of partnerships with established tech manufacturers. It's landed on its feet, too – it bagged a deal with Apple to release the Apple Watch Nike+ edition.