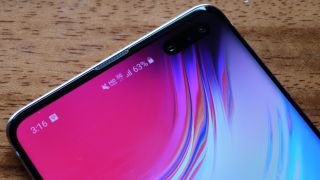 5G is here, but even if you live in one of the few cities around the world which have the next generation of mobile network switched 'on', you'll likely find the coverage (and speeds) far from spectacular right now.

The good news is, you're not alone. We've already tested the new 5G networks in the US and the UK, where speeds and connectivity vary wildly, and we've now taken our 5G road trip to South Korea.

With a Samsung Galaxy S10 5G in hand, we spent three days in the South Korean capital, Seoul, testing out the coverage and speeds and the results are... just as predictable.

Seoul is considered one of the most technologically advanced cities on the planet, but its 5G networks don't appear to be faring any better than those in the US and UK during the fifth generation mobile network's initial few months.

We receive our Samsung Galaxy S10 5G handset, and hastily unbox, login and setup the phone. Checking the signal, it says it has got full 5G signal. Speed test time.

Our handset came with a Korean Telecom (KT) SIM installed, and it's the only network we had access to during our time in South Korea.

Firing up Fast.com we found speeds were hugely variable, bottoming out at around 40Mbps and peaking (for us, at least) at around 360Mbps.

Now, we were sitting in a room of around 50 journalists who had all just got the same phone and were performing the same tests - so our handset would have been battling for bandwidth.

However, the 360Mbps score is at least promising, but by the time we had returned to our hotel the Galaxy S10 5G was only reading LTE in the signal bar. Time to charge up and get ready for more testing in the morning.

Welcome to Day 2, if you've made it this far... well, there's no praise because you've not exactly come far. Just keep reading, yeah?

With a solid day ahead of us, and plenty of movement between the center of Seoul and the outer suburbs, it's a perfect opportunity to test the length and breadth of KT's 5G coverage as we bounce along on a bus.

5G signal wasn't available inside our hotel, but stepping outside we got full bars of 5G, and a couple of speed tests later showed that high speeds were available.

We managed to clock a mammoth 830Mbps, which far exceeds the 4G speeds you're able to get. However, as we started to move through the center of the city the 5G signal jumped to 4G and back numerous times, and as we hit the outskirts it appeared we'd left the next generation network behind us.

Like with the roll-out in UK and US cities, Seoul has 5G in its center, but it's yet to reach further out just yet.

Day 3: downloads in a flash

Another day, and a few more speed tests see us grab 5G speeds of up to 700Mbps.

What does that mean in terms of your usage? Well, both WhatsApp and Instagram (both less than 40MB) downloaded in an instant - and in these early days of 5G it's fast downloads and buffer-free streaming which are the clear use cases for the technology.

It's not like we have been left waiting for ages for apps to download on 4G, but these high speeds are just the tip of 5G's capabilities.

Over the next few years, as the networks roll out to more of the population, and developers start to explore what's possible with a faster, more reliable and almost latency-free network, we'll see the true power of the network.

For now though, unless you're living in a 5G coverage zone in a major global city, it's still worth waiting for 5G networks to roll out further, and for prices to drop and more handsets to become available, before shifting over to 5G.

We'd say leave it at least a year, but if you can hold on for 18-24 months you may find yourself in an even better 5G position.