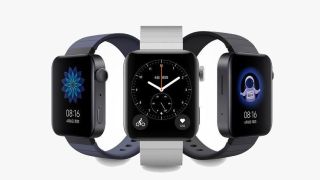 The Xiaomi Mi Watch is still only available in the company's home market of China, but the device is now better than ever thanks to a software update.

The latest upgrade for Xiaomi's Wear OS device brings a body energy feature to the smartwatch for the first time.

It's currently unclear how that feature will work, as Xiaomi hasn't shared the full details of the update, but we would expect it to be similar to Garmin's Body Battery feature that uses heart rate variability with other stats to work out your energy levels.

We imagine we'll hear more from the company - including an explanation of exactly how this feature works - if and when the smartwatch is brought to other markets.

The update also brings a new stress monitoring mechanic to the Xiaomi Mi Watch as well as a way for it to light up when you get a notification.

We're not currently certain that Xiaomi will bring the Mi Watch to the US, UK or Australia, but considering the company often introduces its wearables to these markets a few months after their China release, we wouldn't be surprised to get this one too.

Given that the Mi Watch was announced back in November, we're hoping Xiaomi will launch the watch more widely soon, but we won't know for certain until we hear official word directly from Xiaomi.