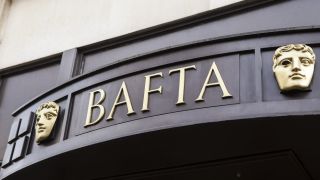 Original story: It's officially time for one of the most prestigious film awards ceremonies of the year - the 73rd Bafta Film Awards. And if you're ready to see your favorite directors and actors sweep the awards show, you can keep reading as we'll tell you how to live stream the Baftas from anywhere in the world.

Often an indicator for who will or who won't get an Oscar, the Baftas are one of the largest film awards ceremony in showbiz, and will be hosted by the one and only Graham Norton this year.

As is tradition, the 2020 Bafta film awards takes place at the majestic Royal Albert Hall in London, UK.

The ceremony takes place on Sunday, February 2 at 7pm GMT, and will be broadcast on BBC One and BBC One HD at 9pm.

The film with the most nominations is Joker with 11 nominations. Trailing closely behind is The Irishman and Once Upon a Time in Hollywood, each feature has 10 nominations. The British Academy of Film and Television Arts has also announced that Andy Serkis - actor, producer, director and general gorilla/Gollum-for-hire - will receive the Outstanding British Contribution to Cinema Award.

Now in terms of celebrities, no one's 100% sure on who will be hitting the red carpet especially as the awards are so close in proximity to the Oscars - you may just have to wait and see. However, one thing that we can confirm is that their Royal Highnesses,The Duke and Duchess of Cambridge will be attending.

And if you're looking to do a little star gazing on the red carpet, all the dresses, DJs and chat will be broadcast live from 5pm GMT on Facebook, YouTube and Twitter on Sunday, February 2.

So if you're ready to watch the celebrities win some awards keep scrolling, we'll tell you exactly how you can watch a Baftas live stream from anywhere.

How to stream Baftas live if you're away from your country

If you're really keen to catch the Baftas coverage today but you're abroad, then you'll find that your normal route to watch is likely to be geo-blocked. If that's the case and the country you're in isn't showing the awards then there is another way.

By using a VPN - or Virtual Private Network - you can change the IP address of your laptop, mobile device or TV streamer to a location back in your home country. It's surprisingly easy to do. VPNs are also useful for getting around blocked websites and generally staying secure online.

We've tested hundreds of VPNs and can recommend Express VPN as the very best VPN provider currently available. It comes with a a 30 day money back guarantee, but you shouldn't be disappointed by its speed, security and simplicity to use. Nor by the fact you can watch on many devices at once including Smart TVs, Fire TV Stick, PC, Mac, iPhone, Android phone, iPads, tablets etc.

Check out Express VPN and claim 3 months FREE and 49% off with an annual plan.

How to watch the Bafta Awards in the UK

The BBC gets coverage of the Baftas every year, and this year is no exception. That means, assuming you have a valid TV license, you can watch on your TV on BBC One or later on catch-up via iPlayer online and on mobile.

It's important to note thought that there is a two-hour time delay in place and the ceremony isn't shown live. So you need to tune in at 9pm GMT (not 7pm).

Not in the UK this weekend? As we explain above, you can always download and use a VPN to watch as if you were back in the UK. We recommend watching via TVPlayer.com for a free, robust live stream.

How to get a Baftas live stream in the US

How to watch the Bafta Awards in Australia

The place to be is BBC UKTV, on Monday, February 3 if you're hoping to watch the Baftas Down Under.

The channel, which you can add to a Foxtel package, will show the ceremony at 8.30pm AEDT on Monday evening (rather than live as it happens)