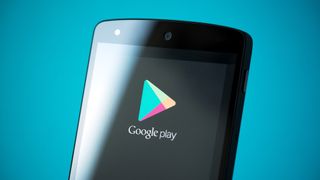 Update (February 7, 2020): Xiaomi India reached out to us with a statement on this development. "The Global Developer Service Alliance solely serves to facilitate the uploading of apps by developers to respective app stores of Xiaomi, OPPO and Vivo simultaneously. There's no competing interest between this service and the Google Play Store."

Chinese smartphone manufacturers, including Xiaomi, Huawei Business Group, Oppo, and Vivo, are coming together to create a Play store alternative of sorts, to end Google’s monopoly in this space.

According to Reuters, the four companies are creating the Global Developer Service Alliance (GDSA) as a marketplace for developers to offer their apps, games, movies, music, and other apps. The “Play store killer” was initially slated to launch in March, but the recent coronavirus outbreak could delay that. Additional details are still sparse, except that the companies are already in the final stages of the agreement. The first wave will include a total of nine “regions,” including India, Indonesia, and Russia, all of which are big and growing smartphone markets.

If the 2019 Huawei trade ban taught something to the tech world, it was that too much power in too few hands is dangerous. Huawei and its sister companies (such as Honor) were put on an ‘entity list,’ which disallowed them to have any business relations with a company based in the US. Huawei tried resisting this by opting for various workarounds and alternatives, but there was one company whose reliance was irreplaceable — Google. More specifically, the Play store.

While it could continue making phones that ran on the Android Open-Source Project (AOSP), none of the upcoming phones would have access to Google Play services. There were a few backdoors earlier which let users sideload the apps, but even those were eventually blocked. More than apps, it was the lack of access to any Google services that hurt Huawei.

Huawei’s kneejerk response was to create an alternative operating system and app marketplace of its own with Harmony OS, but that wasn’t enough to reliably rope in more users and developers. By allying with the other major smartphone makers from China, the GDSA will hope to end, or at least reduce Android smartphones’ reliance on Google, and American companies as a whole.

Nicole Peng, the VP of Mobility at Canalys highlighted additional benefits of the alliance, “By forming this alliance each company will be looking to leverage the others’ advantages in different regions, with Xiaomi’s strong user base in India, Vivo and Oppo in Southeast Asia, and Huawei in Europe. Secondly, it’s to start to build some more negotiation power against Google”. Huawei, Oppo, Vivo, and Xiaomi together are estimated to account for 40.1% of the global smartphone shipments in the fourth quarter of 2019.

The Trump administration was able to sever ties with Huawei based on unproven charges citing national security, and this move was a wake-up call for all Chinese smartphone makers that anyone could be the next victim of the trade war implications. By coming together for the GDSA, they will be able to pool their resources to create a more lucrative marketplace that can eventually find a home in many smartphones. Maybe, a part of their plan also includes not taking 30% from developers to get listed, as Google does.

While the partnership is not entirely unforeseen, it remains to be seen how effective it will be. Successful software alliances are not a common sighting. We presume that more smartphone companies will come on board over time.

Any industry thrives when there's no monopoly. The outburst against it was long-coming. Has the sleeping giant been awakened?