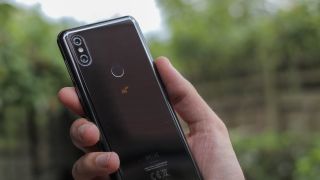 That claim comes direct from Xiaomi’s CEO, Lei Jun, who said as much during a keynote speech in Guangzhou, China, according to CNMO.

The move could make 5G phones far more accessible and affordable than they are now, as Xiaomi will be offering a variety of handsets to choose from, offering 5G phones at lower price points than they are currently available.

Xiaomi for its part already offers a few 5G phones, such as the Xiaomi Mi Mix 3 5G and the wraparound Xiaomi Mi Mix Alpha, but its selection is a lot more limited than it sounds like it soon will be.

It’s not just Xiaomi which could make a big 5G push in 2020 though. It’s likely that Apple will finally add 5G to the iPhone range – possibly to all three rumored iPhone 12 models, while Samsung and other companies are also likely to offer a growing number of 5G handsets.