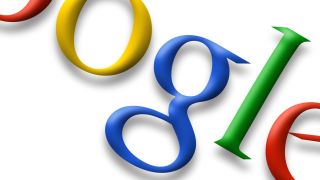 If Google loses the suit, there could be serious repercussions for third party vendors

Oracle purchased Sun Microsystems, the company that created Java, in 2010. Later that year it sued Google for infringing on Java's copyright by using it to build Google's Android OS without any licensing.

The trial began Monday of this week. If it's determined that Google infringed on Java copyrights currently held by Oracle, there could be dire consequences for third party vendors and device makers.

The third party vendors building hardware that runs Android could stand to lose a lot if Google loses in court.

Companies such as HTC and Samsung have already come under fire from Apple, whose suit against Android manufacturers mired every company involved in legal muck.

But Google defended its third party vendors against Apple, and they would likely do the same if Oracle were to win the current battle.

Even if the vendors are forced to pay Oracle damages or fees for the privilege of running Android on their devices, it's unlikely Google would let their ships sink - if they remain their ships, that is.

Will Google have to rebuild Android?

The Java APIs in question are essential to the core of Google's Android OS. If Google loses the suit, there are two possibilities for Android:

Google could potentially license the technology from Oracle, paying hefty sums to continue using the OS in its current form.

Or, if Oracle wishes to stifle or kill Android, the company could simply refuse to license those Java APIs to Google. In that case Google likely would have to rebuild Android from the ground up.

With the OS - Ice Cream Sandwich - in its fourth incarnation that would be a huge setback for Google's efforts in the mobile market.

Will Oracle go after device makers next?

If Oracle wins the suit against Google, device makers that have taken advantage of the unlicensed APIs used by Android could be in hot water.

But will Oracle actually go after the makers of Android devices in the event of a victory over Google?

They likely wouldn't have to, as the damage will already be done. With Google feeling lawsuits from all sides, including Apple, Oracle, and even former employees, device makers could jump ship and head to Windows Phone.

And if Google is forced to remove the Java APIs at Android's core, application developers could even follow suit, presenting a huge problem for Google.

These companies likely can't afford to go to court with Oracle, and chances are they have no desire to, either.

But Oracle's main focus in the case is clearly stifling Google's ever-increasing dominance in the mobile space, something that their victory could help accomplish.