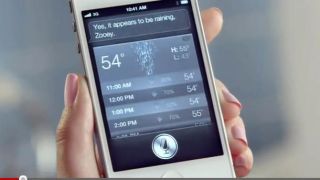 Happy Birthday to the Apple II, godfather of the modern computer, great uncle to the iPad and, um, parent's weird friend to the iPod.

We're sure the MacBook Pro fragrance is exactly what Jobs and Woz hoped the Apple II would foster when they launched it back in the '70s. What a birthday present.

Apple aside, we've also got a healthy portion of lost phones, Tumblr-takeovers and even a bit of Zooey Deschanel against our better judgement.

Pipe and slippers – It is now 35 years since Steves Jobs and Wozniak unleashed the first true PC on the world, the Apple II. Although it didn't go on sale until June 1977, the Apple II made its debut at the West Coast Computer Faire in April of the same year. And the world was never the same again. Or something. [Time]

Olfactory nonsense - There is absolutely no need for this fragrance that smells like a brand new MacBook Pro fresh from the box, so it's just as well the perfume is only for Art and not for mass production. [9to5Mac]

Potterless – Online Hogwarts Pottermore has opened its virtual doors entirely today. As well as allowing you to buy the Harry Potter ebooks, it will now sort users into houses (look, being in Hufflepuff is nothing to be ashamed of. Cedric Diggory was in Hufflepuff, for crying out loud) and read exclusive new writing by JK Rowling. So that's exciting. [Pottermore]

Perdu - $7 million worth of phones are lost around the world every day. That's £4.3 million worth. That's 6151 64GB iPhone 4S handsets going walkies per day. Yeesh, be a bit more careful, will you? [Mashable]

Dot tumblr dot com – October 12 2012. Mark it in your diaries – that's the day that searches for 'tumblr' looks likely to overtake searches for 'blog' and we'll be free of that irritating word forever! We assume! [xkcd]

Itsa me! – Wii U is about to get its very own Mario game, with Nintendo officially set to reveal the diminutive plumber's latest adventures at E3 this year. [Eurogamer]

Today we're dancing - There's something a bit sad about these new iPhone 4S adverts starring Samuel L Jackson and serial kookster Zooey Deschanel. Yes, Samuel L, we're sure you really do have a date and yes Zooey, it does appear to be raining. It's almost as though they don't have any real friends to talk to. Aww. [TNW]

Megaupload megaupdate – Data that was being stored on Megaupload dot com will not be destroyed yet as a judge metaphorically takes all associated parties and locks them in a room until they all start getting along. [cnet]

Translatorise this – Windows Phone's got a proper translator app of its very own, powered by Bing of course. As well as using its ears and its typing ability to interpret language from foreign parts, it can 'read' texts in other languages using its camera, specifically English, Spanish, German, French, Italian and Chinese Simplified. It even has an offline mode. Tres bien. [Windows Phone]

Drawsome – We can't promise that this crayon-shaped stylus will improve your Draw Something skills in any way, or make you any more attractive to the opposite sex, but we like its verve and its low, low price tag of £7.99. [Thumbs Up]