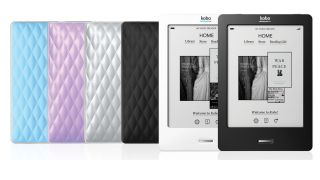 We like Kindle rivals, but Amazon owns this market

Does this sound familiar? Microsoft tried and failed to launch a technology, and then twelve years later a rival beginning with "A" perfected it and made a mint.

No, I don't mean tablets: I mean ebooks. Microsoft's tie-up with Barnes & Noble isn't just an interesting new venture. It's also a sign that Microsoft missed another enormous opportunity.

Maybe there was something in Microsoft's water back in 2000, because it did exactly the same with e-readers as it did with the tablet PC: it created a product and waited 12 years for a rival to take the idea, make it better and beat Microsoft around the head with it.

Microsoft had both the Tablet PC and Microsoft Reader back in 2000, but today tablets mean Apple and ebooks mean Amazon. As a result, Microsoft is doing what it often does. It's spending an enormous amount of money to try to get itself back in the game again.

Books are going digital, and they're doing so in two ways: on dedicated e-readers, and on tablets. I think the Barnes & Noble deal is about the latter: iPads have iBooks, which is now targeting the incredibly lucrative textbook market, and Windows 8 needs something similar if it's going to compete on campuses.

The stuff about bringing "world-class digital reading technologies and content to the Windows platform and its hundreds of millions of users" is PR bumph. People don't generally read on PCs. If they did, Microsoft wouldn't have had to kill off its Reader software.

For general reading, the ebook market has already gone to Amazon: the e-ink Kindle is publishing's iPod, and there's little room for anybody new.

However, such devices are destined to become niche products when tablets really take off (and by really take off, I mean to the point that they're as ubiquitous as laptops are today). Apple has already positioned the iPad for that market with iBooks, and Microsoft is trying to do the same with the Nook.

Barnes & Noble's Nook has the catalogue, and its brand is arguably warmer and fuzzier than Microsoft's. It also has a significant retail presence in the US, which could help shift some tablets too.

The worry is that Microsoft has come to this too late: until recently it was more interested in suing Barnes & Noble over Android patents than becoming its best friend.

While Microsoft litigated, Amazon got on with the job of conquering the entire ebook landscape with apps and its first tablet, a device that despite its flaws has been selling in the sort of numbers most Android tablet makers can only dream of.

That means in books Microsoft isn't coming into a market as number two, but as a distant number three: not only does it have to tempt bookworms away from the iPad, but it's got to tempt them away from the Kindle Fire too.

That's a tough task for anyone, but if the rumoured iPad Mini actually ships and Amazon's forthcoming trio of Kindle Tablets is any cop then it's going to be even tougher.

No matter how good Microsoft's offering actually is, people are buying tablets - and becoming locked into their DRM-patrolled ecosystems - now. That means it may be too late for Microsoft's ebook story to have a happy ending.