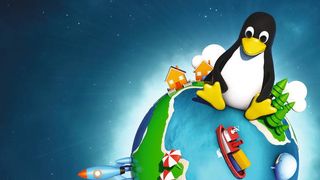 Now, we’d be the first to admit that Linux kernel updates rarely get the old pulse racing, but work has now ended on Linux 5.6, and it’s one of the most feature-packed and exciting updates to the open source operating system in years.

Linus Torvalds, the creator of Linux, has announced that Linux 5.6-rc1 is now available to test out, with the stable version of the update hopefully coming at the end of March or early April 2020.

Some of the headline new features of Linux 5.6 includes open-source Nvidia RTX 2000 support, allowing Linux users to take advantage of Nvidia’s latest series of graphics cards without having to resort to proprietary drivers.

Linux 5.6 also brings better reset support for AMD Radeon Navi, and the upcoming Renoir, graphics cards. This will help the GPUs recover if they encounter a problem.

Work has also started on support for AMD Zen 3 processors, and the AMD k10temp driver has finally been fixed, which means voltage and thermal reporting for AMD Zen and Zen 2 processors now works. This has been a bone of contention for some time.

Another important fix means that Asus laptops with AMD Ryzen processors no longer overheat – which had led to the processors being severely throttled. Again, great news for Linux users with AMD hardware.

These updates alone will make Linux 5.6 – and the Linux distros that will use the kernel – even better for gamers and mainstream users. But that’s not even scratching the surface of what Linux 5.6 brings.

Linux 5.6 also brings new features and better support for various file systems and storage mediums, including experimental compression support for F2FS, EXT4 performance fixes and support for Western Digital’s Zonefs filesystem – something the company has been working on for a while as the capacity for hard drives increases, along with challenges to keep these ever-larger hard drives economical.

Support for USB4 (the upcoming faster version of USB) has begun to be implemented, so Linux should be able to make use of faster USB devices when they begin appearing.

With Linux 5.6, 32-bit systems should now be able to work beyond that date – a good 18 years before the issue will come into effect. Now that’s forward planning.

There’s even more features and fixes with Linux 5.6, so it’s worth checking out more highlights of the update on the Phoronix website.