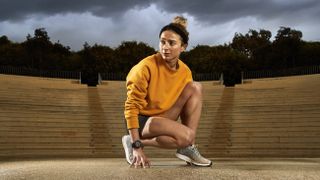 Garmin may have only recently unveiled its latest series of fitness watches, but it looks like the company may already be preparing its next series including the Forerunner 955, Forerunner 745 and the Fenix 6 Sport.

Those three names were spotted by a developer digging into the code within the Garmin Connect app, which suggests these are devices the company is planning on announcing at a later date.

The source did an APK teardown and comparison - you can find it here on Reddit - to be able to find the details, which seems to include 11 new devices that we haven't seen from Garmin yet.

It also has three versions of the Tactix watch (these are called Delta, Sapphire and Solar) as well as the Index Scale 2, which is likely to be a pair of smart scales. Then there's also mention of the Edge 130 Plus, Edge 1030 Plus and the Lumen.

Exactly what the Fenix 6 Sport could offer that the other existing devices in that range don't already is a mystery, but it may feature a more slimline design for those looking to work out.

The Forerunner 955 LTE will of course feature mobile internet, which is a feature that is currently missing from the Forerunner 945. It will likely allow you to receive phone calls and stream music directly from your wrist.

Take all of this with a pinch of salt as it's still possible these devices won't ever be released, but it's interesting to see what Garmin seemingly has planned for its next selection of updates.

When we'll see them remains unclear, but we'll be sure to let you know once we hear from Garmin.