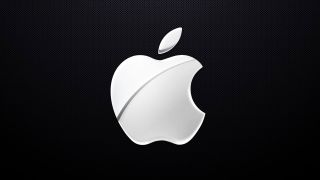 Did Apple collude with publishers to keep ebook prices high?

The United States Department of Justice has issued a lawsuit against Apple and five of the world's leading publishers over allegations of collusion to fix ebook prices.

The suit claims the companies have conspired to ensure other retailers such as Amazon and Barnes & Noble cannot lower prices.

With Apple receiving 30 per cent commission per book sale, publishers are said to have given the iBooks store 'favoured nation' status, meaning no other outlet could sell at a lower price.

The publishing houses have often threatened the likes of Amazon's Kindle store with the withdrawal of their titles, should the retailer seek to lower the notoriously high price of ebook titles.

Apple is in on that, according to the lawsuit.

The writ was issued against Apple, along with Macmillan, Penguin, HarperCollins, Simon & Schuster and Hachette, although the latter three have already agreed to a settlement with the US government.

Apple, Macmillan and Penguin are all preparing to fight, whereas the others are most likely resigned to allowing Amazon to start trimming prices.

US Attourney General Eric Holder says the alleged actions of Apple and the publishing houses have already cost consumers millions.

In a statement to the media, he said: "Beginning in the summer of 2009, we allege that executives at the highest levels of the companies included in today's lawsuit – concerned that e-book sellers had reduced prices – worked together to eliminate competition among stores selling e-books, ultimately increasing prices for consumers.

"As a result of this alleged conspiracy, we believe that consumers paid millions of dollars more for some of the most popular titles."

The bottom line for us is likely to be cheaper ebooks and more competition among online stores. Altogether now... "USA! USA! USA!"