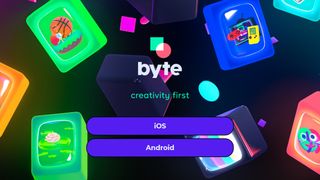 If you've been missing the ability to make and share short videos from your phone since Vine shut down, some good news: its replacement Byte has now officially launched for iOS and Android devices.

Byte is a lot like Vine – it's been developed by Vine co-founder Don Hofmann, and it sticks to the same 6-second recording limit of its predecessor.

Having launched at the start of 2013, Vine found a reasonable level of success before being picked up by Twitter. It was then shut down by Twitter as a cost-cutting exercise.

That happened in 2017, but shooting and sharing short videos has continued to be hugely popular among users – just take a look at the success of TikTok, for example.

Byte's backers will be hoping that it can tap into some of TikTok's success using even shorter video clips. For now the apps are fairly basic, without any of the filters or effects you might find in something like Snapchat.

One feature that is coming soon, and which is apparently a priority for the developers, is a way for creators to easily make money from their videos (something that apps like this don't always get right).

"Byte celebrates life, community, and pure creativity," runs the blurb alongside the newly released mobile apps. "Nostalgia is our starting point, but where we go next is up to you."

It's free to install and sign up for Byte, so point your phone towards the download pages for iOS or Android if you feel you've got some content sharing to do (and want to claim your username before anyone else does).