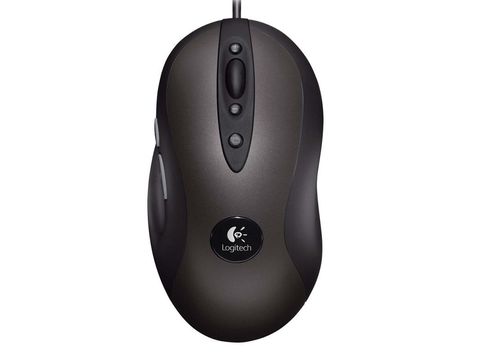 It might not be the most customisable gaming mouse on the market, but the Logitech G400 is responsive and comfortable

While a lot of gaming mice can really improve the responsiveness of your games, many of them fall into the trap of being feature-packed, while forgetting to be comfortable to use. This is especially true when you're using the mice for tasks other than gaming.

The Logitech Optical Gaming Mouse G400 doesn't have this problem. In fact, it's one of the most comfortable gaming mice we've ever tested. The rounded buttons (in - forgive the pun - sharp contrast to the sometimes uncomfortable harsh oblong buttons of the Rude Gameware Fierce 5000 DPI Laser Gaming Mouse V2) feel comfortable to use, and never rub against your fingers when not in use.

There aren't that many of them, so the Logitech G400 Optical Gaming Mouse is certainly not as customisable as the Rude Gameware mouse, or most other mice from SteelSeries, such as the SteelSeries Sensei Pro Grade Laser Mouse.

Two buttons either side of the scroll wheel increase and decrease the DPI sensitivity of the mouse on the fly - a great feature that enables us to tweak the sensitivity of the mouse without having to exit, or even pause, the game we were playing. The four default DPI setting you can scroll through (3600, 1800, 800 and 400 dpi) are varied enough that you'll notice a difference as you go through them.

If you want more precise control over the responsiveness of the mouse, you can alter the DPI through the software that comes with the mouse. Another button sets the mouse instantly to its default 800 dpi setting, while two buttons on the side act as forward and back buttons for web browsers and other applications. These buttons rarely get pressed by mistake when you're holding the mouse - a nice surprise after using mice with similar buttons that have caused mistakes.

This mouse isn't going to be for professional game players, with its lack of customisable buttons. But for gamers who want greater control over mouse sensitivity while gaming, and who want a mouse for other tasks too, this is a very good input device.