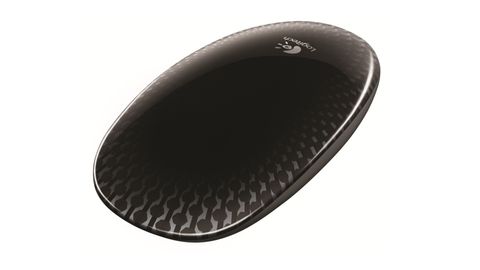 It looks good, but the Logitech m600 Touch Mouse is not that comfortable to use

Looks good, but not very comfortable to use. Even though we wouldn't say it's a bad mouse, there are others out there that are better.

The Logitech m600 Touch Mouse attempts to marry the traditional point and click interface of the mouse with the swipe and speed of a tablet PC, or a laptop's touchpad.

A lofty ambition, perhaps, and one that the Logitech m600 Touch Mouse doesn't quite achieve.

The first thing that struck us when we were testing the Logitech m600 Touch Mouse is that it is not quite as 'touch' sensitive as we thought.

Instead of a light tap to select a menu option or file – as per touchscreens and touchpads – you still physically click the mouse down, so the Logitech m600 Touch Mouse acts as one giant mouse button.

It wasn't bad, but we found it a bit distracting. It also gave the mouse a bit of a hollow, cheap feel to it.

Where the touch comes into play is when scrolling through documents and websites.

It works well, and the effect is rather pleasing – but it's not a huge improvement over traditional scroll wheels. You can also flip back and forth between web pages by swiping your finger horizontally. The mouse looks nice and is comfortable to hold, despite the earlier mentioned hollow feeling.

The m600 comes with a Logitech Unifying USB dongle. This means that if you have another Logitech Unifying-compatible product, such as the Logitech Wireless Keyboard K360, then you only need to use the one dongle.

It's not a bad mouse, but it's not quite as good as any other 'touch' mouse out there, such as the Microsoft Arc Touch Mouse or the Apple Magic Mouse.