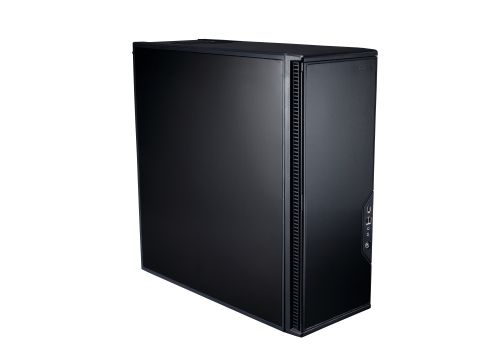 Less than the sum of its parts, the Power Tower doesn't quite perform as you might expect

To say that the off-the-peg rig market is competitive would be an understatement on a scale akin to Chernobyl's general manager phoning his boss to explain things might get 'a bit warm today'. We're amazed that smaller firms make it; tiny Davids to the Goliaths of Dell and the Dixons Group.

But it's not like the old days of difficult, expensive and unreliable parts that don't really like talking to one another. PC components are so finely cut-to-fit and universally compatible these days that smaller businesses can assemble a PC and tune it up in a few hours. The other benefit is that they frequently offer a more personal service when it comes to after-sales support.

Housed in the lovely Antec P180, this base unit from Peterborough-based Cape Computers is an example of a small outfit doing it (mostly) right. When we totted up all the individual parts on an etailer's website, we exceeded the price of the Power Tower by some 100 pounds, and bear in mind that this machine comes pre-built with Windows XP (yay - someone's still offering it!) and all the drivers pre-installed.

Likewise, checking the Power Tower against similar models from other independent manufacturers, it's commendably competitive on price, too. Under the hood, the story's a good one: A 2.4GHz Core 2 Duo sits at the heart of the system, with a 640MB 8800GTS on hand to provide pixel poke. Some curious decisions on the memory front though.

The 667MHz DDR2 doesn't meet the on-paper capabilities of the rest of the system, and as there's 3GB of it, the system doesn't run in dual-channel mode. It's a tidy amount, and when the eventual Windows Vista upgrade looms, you'll be glad of it, but in an XP-based rig, we'd rather have 4GB configured in dual-channel mode - or even 2GB! - for the increased memory bandwidth.

We can only assume that this is what contributes most to the slightly lacklustre benchmarks. In Company of Heroes, we'd expect a little more than 40.1FPS at 1,280x1,024, considering the components. The 8600GTS scored higher than that, though we used a 2.66 Core 2 Duo and dual-channel memory.

Likewise, 90 frames per second in Quake 4, while playable, just doesn't reflect the power of this system's major components. In short then, this is great value for the parts, but a mismatch on memory choice means that performance doesn't reach the heights it should.