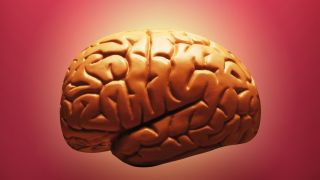 We do expect Stephen Hawking's brain to be bigger than this

Brain trust – Scientists at Stanford University are working on a project to allow Stephen Hawking to communicate using nothing more than his brainwaves. The [groan] iBrain scans a person's grey matter and picks up electrical activity before translating it into speech, allowing scientists to "pretty much hack his brain", according to Professor Low who's heading it up. Let's hope neither the iBrain nor the BrainGate fall into the hands of any evil supervillains or anything, eh? [Telegraph]

Jobsworth – Every video you ever wanted to watch about Steve Jobs and more presented in chronological order on one handy site. Except it's down at the moment, sorry. [SteveJobsArchive]

Whiter shade of etc - There's going to be a white PS3 because white technology is still a thing, as is calling things iSomething (see above). It's going to be sold exclusively at Game with a 320GB hard drive and a price tag of £240. July 6 is the day to mark in your diary if you want one. [MCV]

Eye contact - Why let Google have all the fun? Sony's getting in on the AR glasses game with this patent for "optical communication glasses for work and play", filed back in 2008. The plans include a feature that allows you to exchange information just by locking eyes, bringing a whole new level of weird to the idea of strangers' eyes meeting across a crowded room. [Patent Bolt]

DYAC - You know that Texts From Dog thing that was quite funny for about five minutes three months ago? Well, here's the geek equivalent: Texts From Video Game Companies. [IGN]

Don't mention le foot - Manchester City knows we're all totally over football after yesterday, so it's branching out into the not entirely relevant world of music. It has launched an app, CityBeats, which lets you listen to music from 'a host' of unsigned bands and remix it and, um, we're not really sure of the football connection here but presumably it's something to do with Manchester being a place where some musicians come from. Anyway, if you like Manchester City and you like music then you can check it out on iPad. [PR]

Health - Voice recognition technology could be used to diagnose Parkinson's in the future thanks to algorithms that can detect changes in voice recordings and machine learning that can identify trends in the data that are true symptoms rather than other factors. [BBC]

Airhead - A leaked preview of the Nokia Air, an imaginary Symbian handset that never saw the light of day, shows off a post-PC cloud-based ecosystem on a large-screened handset that looks like the offspring resulting from a drunken fling between a Palm Pilot and a Nokia N8. [Engadget]