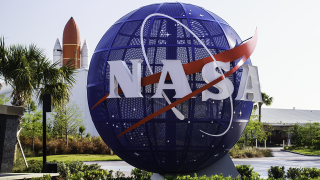 With drones expected to be taking to the skies in ever greater numbers in the coming years, we're going to need a better air traffic control system to prevent collisions. Happily, Nasa's best brains are working on it.

The US space agency is building an "unmanned aerial systems traffic management" system that won't need humans to figure out routes – it'll let the drones do it themselves. By hooking up the drones with internet connectivity, they'll be able to collaboratively plan ahead for bad weather or air traffic congestion.

The system would use GPS and mobile phone towers to establish the exact location of every drone in a particular airspace sector and communicate with them. The goal is for the system to be fully automated – humans would only need to step in during emergencies and special events.

Every home will have a drone

Nasa wants an experimental version of the system to be running this summer, monitoring the airspace over unpopulated land or water. By January 2018 the agency believes it'll be trialling drone package delivery over suburbs and rural areas, and by March 2019 it's expected that the system will be good enough to allow for news gathering and delivery drones to operate in rural areas, out of the line of sight of their operators.

NASA scientist and project leader Parimal Kopardekar told New Scientist: "My belief is that every home will have a drone, and every home will serve as an airport at some point in the future."