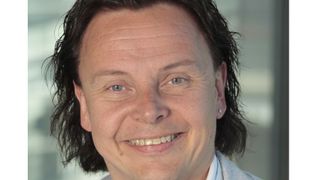 Tirri: voice recognition is still a step too far for mainstream users

If your smartphone can recognise what you say when you dictate a text message or search the web, why can't you use it as a controller for things like home automation – like a butler in your pocket?

Telling your phone that you want the lights dimmer, the house warmer, the TV louder and a table for dinner at your favourite restaurant, or to get your Roomba to start vacuuming the floor: we've got the technology to do all that, says Nokia's CTO Henri Tirri. But do we want it?

"You get a different answer from geeks and from real people," he says. "From a technology perspective a lot of this stuff can be easily done. You can have different type of sensors that monitor the environment. You can use a mobile device as a gateway." So what's the problem?

Tirri, who used to run Nokia's research labs, thinks that voice recognition is still a step too far for mainstream users.

"For many people, the idea of [using your] voice is a barrier; something they have to learn." The key to cracking the voice control market isn't about making recognition better, he believes. "It's understanding what people are willing to learn - not what they are doing now but what are they willing to learn to do – is the key to making this successful in the home."

He's cautious because he looks at other technologies that have taken time to get adopted. We've has the technology to do location-based services since the late 1990s but they've only just started to take off.

"I'm looking at a decade of uncertainly in location based traffic; mobile advertising still hasn't proved itself. We had all the concepts we are only now seeing coming to the market, we had the technology, so there needs to be some kind of incentive [to make it successful]."

There are other issues that will need to be dealt with. "If we put these embedded sensors in the infrastructure, who maintains them? If it's a packaged system you can get [off the shelf], you have liability questions, questions of interference. These are radio devices so it's a real issue. Your neighbours put up all these interesting radio devices and your TV stops working…

"I'm not pessimistic on the actual technology but I believe it will take much longer than five years to be widespread," he says. But there will be some killer apps using voice before then, as long as they do things people want and need. He suggests learning from the success of Microsoft's Kinect, which has exactly this kind of voice and gesture recognition and succeeds because it's fun and entertaining. "If you try to make it something very serious, it doesn't fly as fast."

Will all this voice recognition and remote control take more bandwidth? Nokia already has LTE in the Lumia 900 in the US (and it pushed Microsoft to support LTE with Windows Phone sooner than it had planned), but is that even enough for what we already do? "The computer scientist answer would be that there's never enough memory or disk space and bandwidth is a little bit similar," Tirri told TechRadar.

"You introduce a new capacity and it's filled by the ability of new applications. The reason why we see it so dramatically now is the law of large numbers; we have so many devices and users that when peaks start, the consumption goes up very fast. You have something popular like a sports event and you have a large number of people there and something is catching their eye, everybody connects - and you suddenly have a huge problem."

There are plenty of ways to improve things, he says. "Dynamic allocation of spectrum is getting better. We're looking at different areas of the spectrum that are available for secondary usage like taking what was the TV space. More and more that spectrum will be used."

How much that helps is a question of whether the improvements happen in sync with the bandwidth demands of new applications. "Catastrophes always happen when the usage suddenly seems to exceed the anticipated technology development - or vice versa. After the recession there was a long period of time in Europe when the 3G networks were underutilized because there was an overestimation."

That's one reason why he thinks the next generation of mobile devices will actually be multiple devices that work together. "You already see this in some cases; you do something with a smartphone but it's still nicer to look at something like video on a tablet form factor." Bandwidth and battery life will accelerate this trend, he believes.

"Bigger devices [like laptops] consume more energy but they handle all the tasks at the same time; some of the tasks are something you need to be always on for, some of them you don't need to do that. So having a smaller form factor device that wakes the bigger thing up or gives you messaging at very little energy as opposed to having the big device doing polling all the time [is more efficient]."

Add in new materials and flexible electronics that Nokia already has in the labs and by the time we're all ready to use our phones as voice controllers, they're going to be very different.