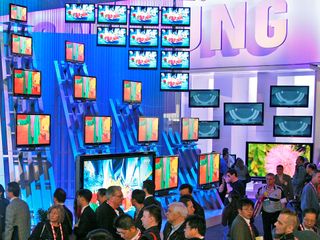 Apple has already announced that it won't be exhibiting at the Macworld Expo 2010, but could CES be about to deliver the death blow to the exhibition?

CES 2010, running from January 7-10 next year, will feature a new iLounge Pavilion dedicated to iPod, iPhone and Mac technology. That in itself would be important, but more mind-blowing is that the space allocated to it in the Las Vegas Convention Centre has already quadrupled.

Several Mac-related companies that usually exhibit at Macworld have signed up to be a part of the iLounge Pavilion, including Mobis Technology, Pro Clip USA, Incipio Technologies, iSkin and GelaSkins.

Other firms, such as Griffin Technology and Scosche, have maintained a presence at both shows in the past, but are expected to book larger spots for next year's Consumer Electronics Show.

"Leading Apple developers and retailers are excited to have such an outstanding stage at the 2010 International CES," said Jeremy Horwitz, Editor-in-Chief of iLounge.

"Whether they're showing off iPod accessories, iPhone applications, or the latest and coolest new Mac products, they know that they'll find the world's largest audience at this great new pavilion."

The original 4,000 square feet dedicated to the Pavilion has been increased to 18,000 square feet in the month since its launch - and it's still over 11 months before the 2010 show opens.

While no one is expecting Apple to take a stand at the CES show - it has said that "trade shows have become a very minor part of how Apple reaches its customers" - the migration of key third party companies from Macworld could threaten the show's survival.

At the moment, Macworld Expo's organiser, IDG Media, is accepting pre-registrations for the 2010 show, running 4-8 January next year, under the banner "The Start of a New Era".