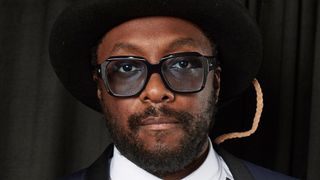 "I'm still here," Will.i.am states, gesturing around this back room at the T3 Awards when I ask him about criticism of his wearables. "Some folks, they don't even try but they have an opinion.

"I say fuck those opinions."

This is the most animated he gets in a difficult 10 minutes with the softly spoken musician. Maybe it's me, maybe it's just his mood or perhaps it's a man being guarded with a journalist from a tech industry that has thus far failed to fall in love with his wearables, but Will.i.am is a tricky man to interview if you're looking for direct answers.

The musician and member of the Black Eyed Peas is collecting an award for Tech Personality of the Year at the 2016 T3 Awards, but after being shepherded behind a curtain to a couple of stools by a member of his impeccably dressed entourage, it's clear that conversation is not going to flow.

Which is a shame, because it's also clear that Will.i.am is a nice man. An interesting man, with a genuine passion for this new adventure in the world of gadgets.

Expressing his honor at being considered for an award in the tech industry, he explains that it was frustration that drove him to make his own stand as a maker of tech rather than remaining an enthusiastic consumer.

"Coming from where I come from, the world of music, [I was] using tech to connect and entertain - I became a tech enthusiast and was then upset that products didn't do what I would have liked them to do."

It was a frustration that saw Will.i.am partner with the UK's Three network to deliver wearable devices loaded with an OS that he helped to develop.

"What got me into tech was I wanted things to be a certain way...it's just like creating things for culture. If you had heard songs when I just started off versus [when] my career took off... two totally different things.

"So the fact is you keep going, keep learning, keep collaborating, keep bringing different disciplines into your fold."

This tacit suggestion that some of his early forays, including the Puls, were perhaps not at the level he would like is followed by a more clear admission when he tells me he thinks his new Button headphones are the best Bluetooth offering in the market.

"There are things I've done I don't think are the best, but these [headphones] are the best."

After I point out that this is a non-answer he elaborates, careful not to praise a device that sits in competition with his own Dial offering.

"So from that perspective the Apple Watch is awesome. It's like music: if only one person was making music what's the good in that?," he continues.

I'm still keen to get more on what Mr.i.am(!) is planning, so I ask him what he's working on that's going to blow people's minds.

"I don't like to look at things like 'it's gonna blow your mind' because you're not going to blow someone's mind," he says accurately.

"I don't think when [a person at ] Apple goes into work on some day they're working to blow someone's mind - they are solving a problem."

And what problem does Will.i.am want to solve? "How we interact with machines."

There's no shortage of self-belief with Will.i.am - who has already elevated himself to super-star status in one industry. Despite winning through the vast competition in the music world, the journey to a wearable that resonates like his songs still seems long and difficult. But it won't be for lack of trying.