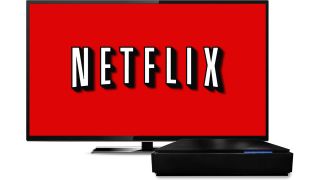 Australia's best PVR just got even better, with the announcement that Fetch TV will be bringing its subscribers Netflix Australia when it eventually launches.

Fetch TV subscribers will be able to sign up for Netflix Australia and watch it directly from their Fetch set-top boxes through an integrated Netflix app.

While a launch date has yet to be announced for Netflix in Australia, the Netflix app will be available on 2nd generation Fetch TV devices as soon as the streaming media service does arrive on our shores.

A rather fetching couple

As Fetch TV already has 170,000 subscribers in Australia, the agreement puts Netflix in front of a huge amount of potential customers, while also giving Fetch TV users who were thinking of jumping ship to the new service a strong reason to stick around.

The addition of Netflix to the Fetch TV package also gives the IPTV service a huge selection of back-catalogue movies and television shows, to go along with its existing on-demand movie rentals, live television channels and catch-up services like SBS On Demand and ABC iView.

Netflix Australia is expected to some time in March, and while service has no confirmed pricing, it's rumoured to be under ten bucks a month.